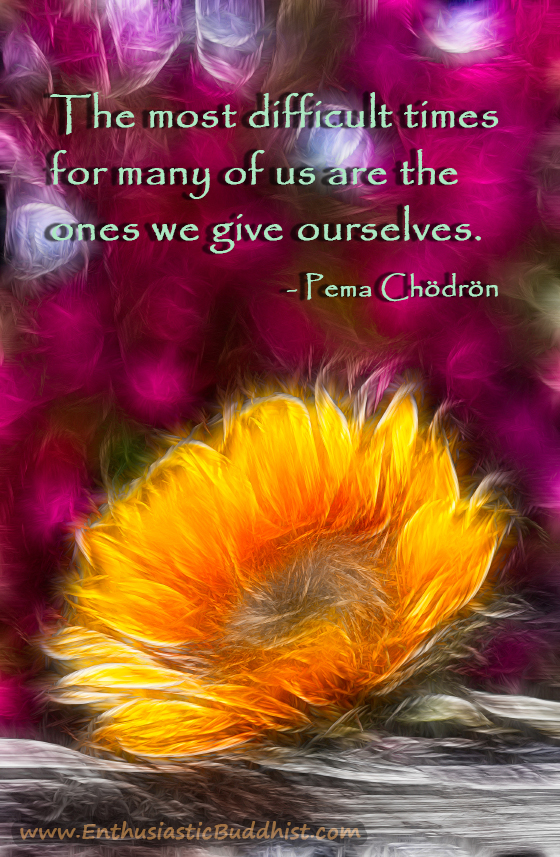 It is never pleasant when someone hurts us with their words or actions. The good news though is that the unpleasant moment is momentary, it only lasts a second. The bad news, however, is that most of us are very good at creating permanency in impermanent things. Whatever has been done to us, we tend to repeat it in our minds again and again, each time allowing the memory to hurt us that little bit more. For instance, if someone calls us ‘worthless’, it isn’t nice. But because we go away and stew on it, thinking, ‘They called me worthless… worthless, ouch… worthless, oh my. Now I really do feel worthless.’ We allow an even greater harm to be done to us by choosing to ruminate on these thoughts.
END_OF_DOCUMENT_TOKEN_TO_BE_REPLACED