Do Animals Have Feelings and Emotions? 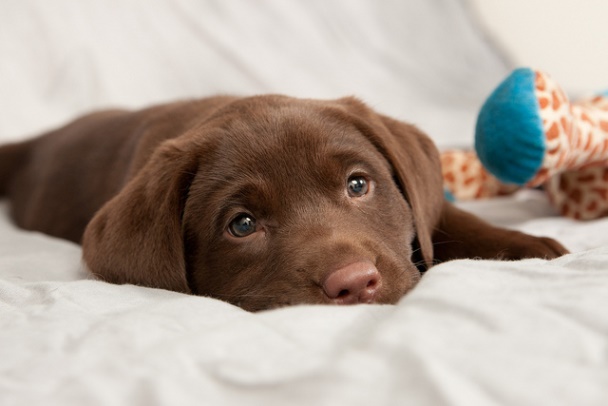 In Buddhism, it is said that all sentient beings are ones who can perceive and feel, which raises the question whether animals are conscious and experience feelings and emotions like we do. For those of us with pets, like cats or dogs, it may be easy to see that these types of animals experience similar emotions to us like happiness, sadness and even jealousy and pain. However, since most of us haven’t grown up with farm animals (the kind most likely raised for the meat industry), it’s understandable that we might not have considered whether these animals are also capable of exhibiting emotions.


For much of my life I grew up like most people, eating meat without considering the lives of the animals who were involuntary participants in the satisfaction of my full stomach. Sure, I had pets (cats and dogs) who I loved and cared for, but I never thought twice about the animals that were farmed and came to me as delicious meals or in convenient packaging. Also, as I was growing up, I didn’t have any vegetarian friends or influences so it took quite a long time before I was even introduced to the concept that even farm animals had feelings!

And just to explore this point (whether farm animals have feelings), below are a couple of videos that show farm animals exhibiting similar behavior and emotions we might expect to see in our pets, but not necessarily farm animals.

Here are some cows that are enjoying playing with a remote control car (evading, chasing), just as you’d expect a dog to behave!

This footage shows cows literally leaping with joy when they are released from a dairy farm for the first time.

A lovely scene where a chicken actually goes in for a hug from a loving boy.

And yes, even chickens enjoy a nice massage!

I have to admit, it really wasn’t until I studied the Buddhist teachings that I really started to think about the experience of other sentient beings, in particular animals. The teachings say that animals have feelings and emotions just like human beings; they really are no different to us. It’s important to appreciate this point, that animals can feel pain and suffering the same way we do. Just as we would feel pain and cry if someone harmed our body or tried to take our life, they too are living, breathing beings who love themselves as much as we love ourselves and our bodies. The problem arises when we don’t recognize this and we believe them to be mindless creatures only put on this earth for our pleasure and consumption. But when our heart finally makes that connection with others, and we recognize they are just like us – they also want happiness and to be free of pain – then we will see that there really is no difference between us, aside from a physical one.

As I explained in my video, Are Buddhists Vegetarian or Vegan?, it’s important that we make the connection with the meat meals we eat and the animals who involuntarily sacrifice their lives for us, so we can make an informed choice of whether we eat meat or not, rather than simply eating meat out of habit.

This is a short but powerful piece which depicts some of the horrors of the meat industry. It is narrated by Paul McCartney, who once said, “If slaughterhouses had glass walls, everyone would be a vegetarian.” Warning: contains graphic images.

This clip from the movie, Samsara, shows just how industrialized we have made this process of meat eating in our culture.

Earthlings is a compelling movie-length documentary showing the reality of the suffering experienced by animals in the pet, meat and clothing industry. This was the first documentary I ever watched on this topic and it certainly was an eye-opener for me. Warning: contains graphic images.

Unfortunately, meat products are so widely used in the food industry that they can even be found in the most unlikely products. Gelatin used in many chewy candies, jelly and packet sauces is derived from pigs, pig skin, horses, cow meat, bones and skin. You can read all about it at Wiki. 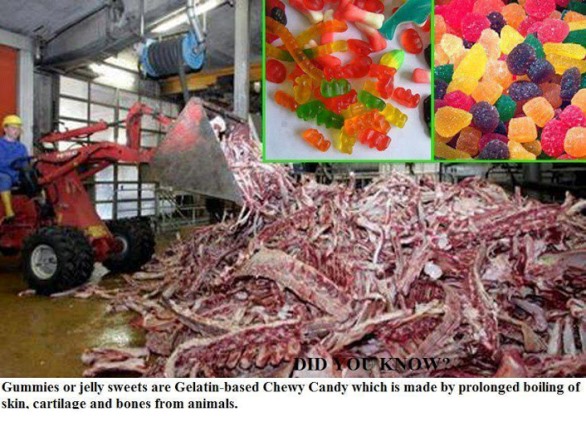 Surprisingly, gelatin may even be used as a clarifying agent in the production of fruit juice, which the popular Australia fruit juice company, Golden Circle, admitted to in the newspapers just recently. It makes me wonder how many products in the supermarket would be taken off the shelves if they removed all the ones that weren’t vegan-friendly. Though, there are definitely plant-based gelatins they could use as a substitute, so their removal from the shelf would fortunately only be a temporary one. 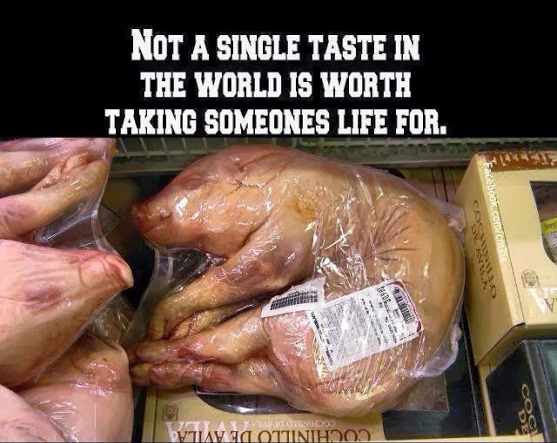