The Four Noble Truths and the Noble Eightfold Path are fundamental teachings in Buddhism. They are considered equally important among all the Buddhist schools and are central to the core of Buddhist beliefs. Sometimes Buddhists are criticized for always talking about suffering (because of the First Noble Truth); yet the majority of Buddhist teachers I’ve come across, if not all, are the most peaceful and joyous people I’ve ever met. So surely, there is more to Buddhism than just suffering.

In this video I explain how the Buddha taught the 4 Noble Truths to show us how we can move from a state of unrest to attaining an everlasting peace and happiness, known as nirvana or nibbana. But first, like any good physician, before prescribing the medicine, the Buddha had to diagnose our problems and show us why we feel less than one hundred percent happy most of the time, and what we can do to fix this.

You can find a complete collection of my videos on Buddhism and meditation at The Enthusiastic Buddhist Society.

Ajahn Brahm’s article: Joy at last to know there is no happiness in the world

Sutta used in this video: 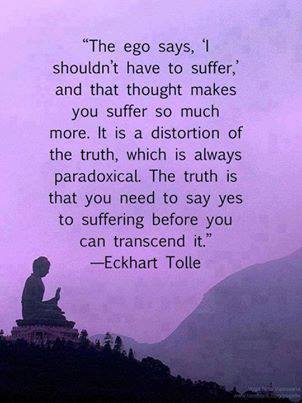